The Sydney Metro has reached a major milestone, with all tunnelling now finished on the Sydney metro City & Southwest project. 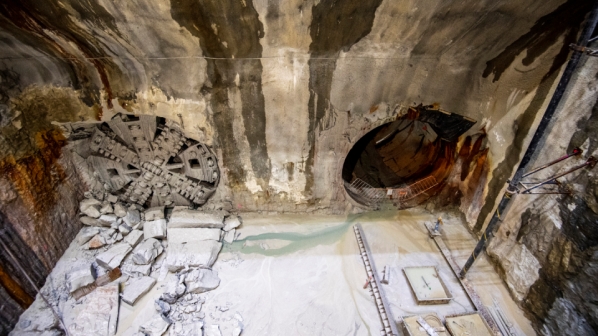 Tunnel boring machine (TBM) Kathleen arrived north of the harbour on March 18, breaking through a wall of sandstone.

Tunnel boring machines typically arrive ‘face first’ at a breakthrough sites, but TBMs Maria andIsabelle which are being used on the Sydney Metro Northwest project passed through a future ventilation and emergency access shaft at Cheltenham with the top 3 m of their cutter heads above ground.