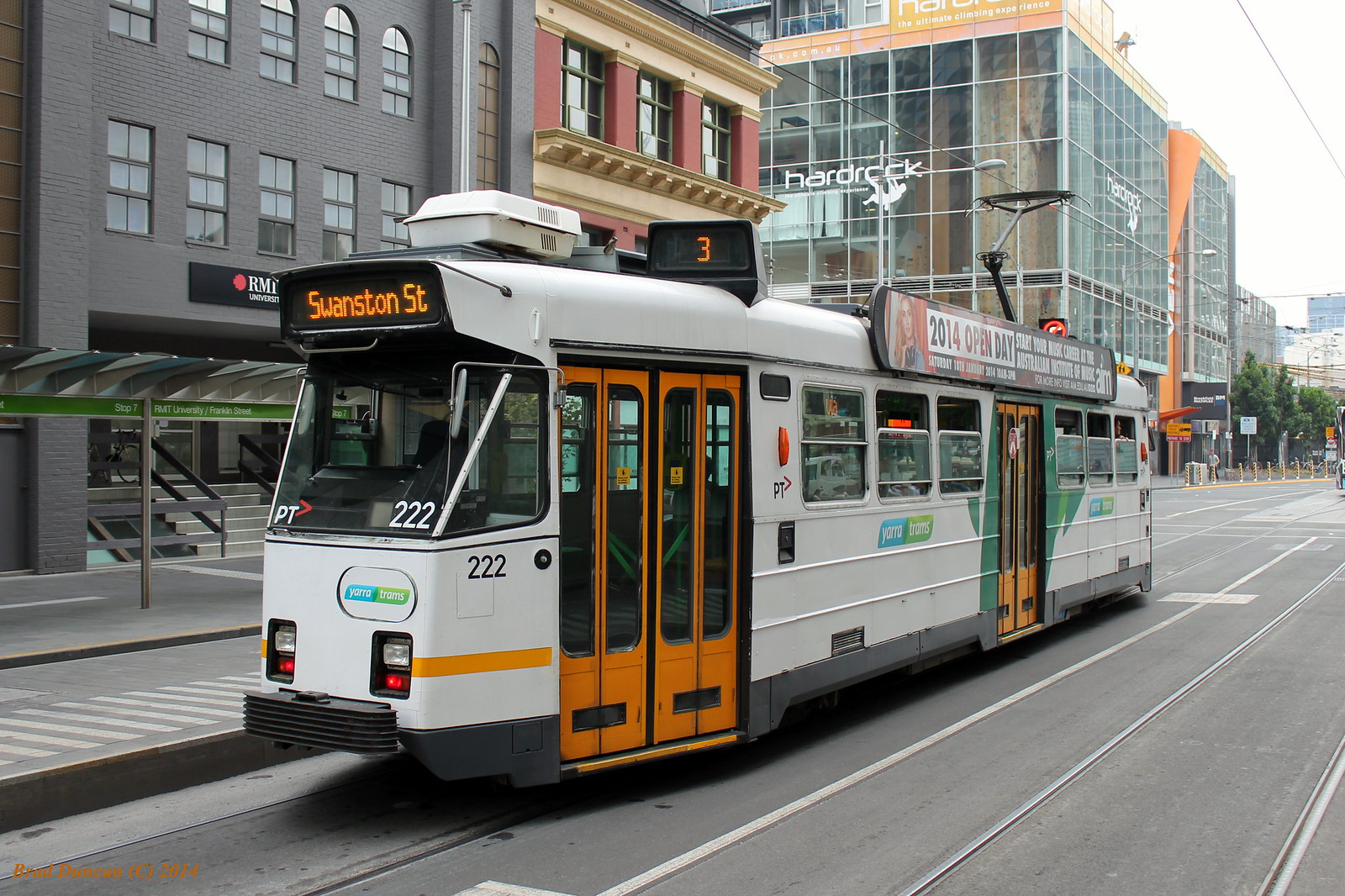 Route 75 trams have resumed along normal lines following the earlier disruption. Delays may occur as we restore normal frequency.

Due to a vehicle damaging tram power lines in Peel Street

Melbourne's first premium line will move a step closer with the construction of a new level access tram stop outside the World Trade Centre on Route 96 starting on 2 January 2015.

Works are to build a new level access tram stop and upgrade the tram infrastructure on the corner of Clarendon Street and Normanby Road in Southbank are back and preparatory works are set to commence soon.

Public Transport Victoria (PTV) and Yarra Trams are building a new level access tram stop and upgrading the tram infrastructure on the corner of Clarendon Street and Normanby Road in Southbank. These works are part of the end-to-end upgrade of Route 96, Melbourne's busiest tram route. The works are critical to the ongoing improvement of the network and will require a large construction zone that will cause disruptions. Road closures and tram disruptions are continuing to cause headaches for commuters, workers and tourists in Melbourne's CBD.
Traders are also feeling the pinch, with foot and road traffic in the area affected by construction work.

Work to build a $4.5 million level-access tram stop near the intersection of Flinders and Spencer streets began on Friday, forcing the closure of high-traffic sections on both roads.